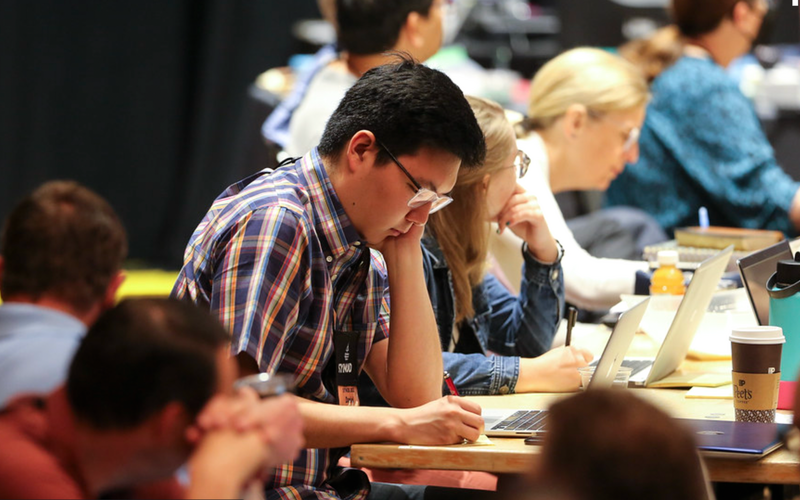 Last week I wrote the first of three installments summarizing my first-hand experience of the work of the Synod of the Christian Reformed Church in North America, 2022. Synod adopted the following recommendation which has created quite a bit of celebration or consternation (depending on who you talk to), media attention, and unfortunate misunderstanding:

“‘Unchastity’ in the Heidelberg Catechism Q. and A. 108 encompasses adultery, premarital sex, extra-marital sex, sexual violence within and outside of covenantal marriage, polyamory, pornography, and homosexual sex, all of which violate the Seventh Commandment.”

Two notes of explanation: (1) The Heidelberg Catechism is one of three Reformed Confessions that links us together with other Reformed believers through time and around the world. The three confessions are our collective way of summarizing core teachings of the Bible, done so through our unique Reformed theological lens and with a Reformed “accent.” Just like an American accent is not objectively superior to an Australian accent, so it goes in matters of our polity. (2) The Seventh Commandment is simply this: “Do not commit adultery.”

When Synod affirmed the statement above, it did so in a way that acknowledges that:

Some of the recent headlines characterize this decision as hateful and imply that Christian Reformed Churches will thus be honor-bound to rid all sexually immoral persons from our congregations. God forbid! There would be no one left according to Jesus’ standard.

The standard of “chaste living” is meant FOR THE CHURCH and especially for those who are called and ordained to be leaders in the church. As followers of Jesus, we are a minority movement, called to flavor and brighten culture, not called to dominate or proscribe the laws of any land.

I repeat this from last week a new vision from Synod of how we desire to posture the church:

Our embodying of this long-held definition of unchastity is merely one dimension of a radical obedience to Jesus. It is not to be enforced on friends and neighbors outside of the church. It’s not to go on a poster on our front door for visitors to see. No! This standard is meant for the church and, in particular, for her leaders.

To get very personal: as one of your ordained pastors, I don’t get to be married to Sarah and have girlfriends on the side. I don’t have the freedom to have a pornography habit and present myself as a faithful person and servant. And if I were same-sex attracted, I would not be free to act out on my orientation.

Some perceive Synod 2022’s confessional definition of unchastity to be a judgmental, hateful line in the sand. I see it as an essential, necessary step in furthering a substantive denominational conversation, aided by the Human Sexuality Report about what God intends for us in the Seventh Commandment and in his call to chaste living. If we’re going to redefine what these terms have meant after 400 years of Reformed history (and 3,000+ years of Judeo-Christian history), it is incumbent on us to do so carefully and mindfully in light of his revealed Word. Much of that conversation is still ahead.

On Friday, I’ll venture deeper into this topic because Synod was compelled to address a church in our denomination that would not affirm what I’ve written here and changed their ordination practices accordingly. Peace in the meantime,

*Matthew 5:28 But I tell you that anyone who looks at a woman lustfully has already committed adultery with her in his heart. - Jesus