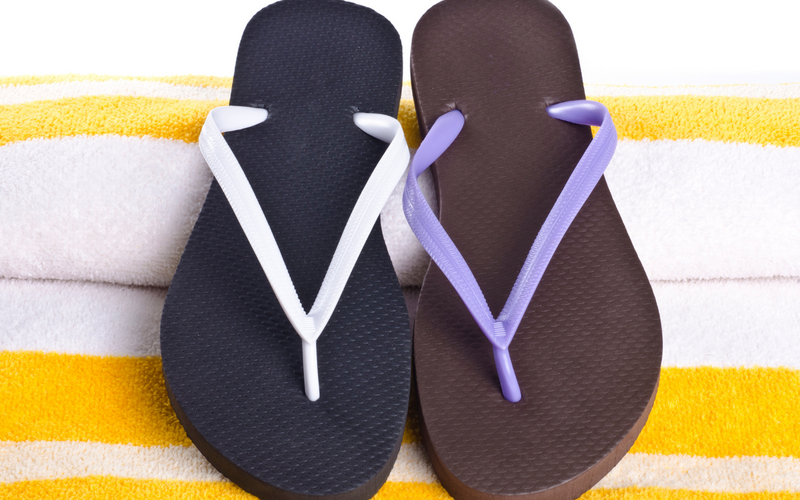 A friend shared an amazing “fan video” earlier this week of a soccer match in South Africa. The home team, wearing yellow jerseys, had been tied at the end of the game by the visiting team, wearing red. At the conclusion of the penalty kicks, the red-cloaked visitors emerged victorious. As a TV camera scanned the hometown crowd—a veritable sea of yellow shirts—it focused in on a teenage boy covertly removing his yellow jersey to reveal a red jersey underneath. He had come prepared to support the winner, no matter what!

“Flip-flopping” is one of our primary criticisms of politicians, from either party. It’s so easy to promise unrealistic goals on the campaign trail and equally easy to let the slide once elected. Way back in 2004, the Bush campaign repeatedly tagged opposition candidate John Kerry as a “serial flip-flopper.” The tactic worked.

Jesus himself was no fan of the flip-flop. When he preached his first message in his hometown synagogue in Nazareth, folks were “amazed at his gracious words” and “spoke well of him.” Sounds like every preacher’s dream! But then Jesus gave his hometown a

flip-flop test. Here’s what he said next:

I assure you that there were many widows in Israel in Elijah’s time, when the sky was shut for three and a half years and there was a severe famine throughout the land.

Yet Elijah was not sent to any of them, but to a widow in Zarephath in the region of Sidon. And there were many in Israel with leprosy in the time of Elisha the prophet, yet not one of them was cleansed—only Naaman the Syrian.” - Luke 4:25-27

Jesus chose to remind them of two Old Testament stories in which the power of God moved outside their norms, outside their borders, outside of their community. Just like that the gracious words and rosy opinions stopped. The Gospel tells us that those hometown folks were so furious that they frog-marched to the edge of town to throw him off a cliff! What an amazingly sad and devastating flip-flop. Jesus walks away from them.

When we flip on Jesus, we flop on life.

Is there an antidote that will keep us—in 2022—from falling into spiritual sickness that infected the fine folks from Nazareth? The antidote is to get on board with what Jesus is here to do. This is why I believe 5th Sunday Serve is such a healthy practice for us as a faith community. When we serve wholeheartedly in Jesus’ name, it softens us to knowing and desiring his will for the world, for our congregation, and for ourselves.

Jesus said that he came “to proclaim good news to the poor, to set the oppressed free, and to proclaim the year of the Lord’s favor.” This Sunday, we have the opportunity to be his body by:

There is so much for the body of Christ to do!

Jesus is still offering the same flip-flop test today. We can either get on board with the merciful mission of God, which is always stretching outside our borders, or we get angry and let Jesus walk on by. I’m grateful to be in a faith community that keeps choosing the former.

Blessings to you this weekend as we serve, and share some light and love