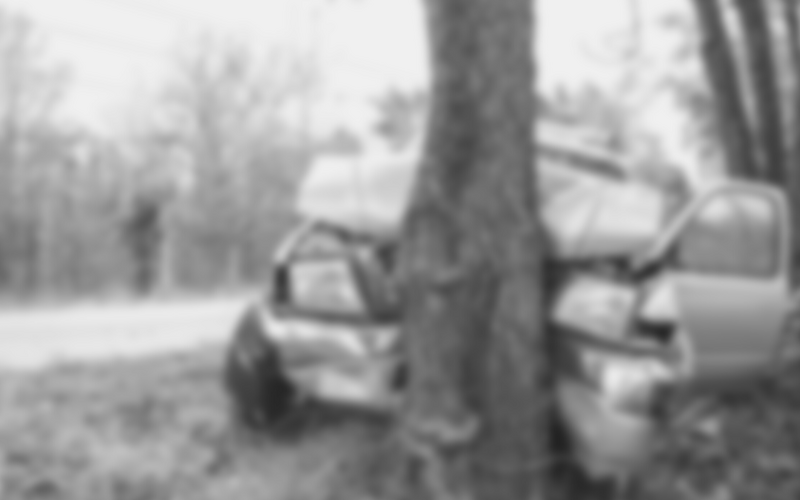 When I was a young adult, I crashed my family’s favorite car. It was dark, there was an ice storm, I was running late to pick up a date, and I was driving too fast for the conditions. Having crested a modest hilltop, I tapped on the brakes, tapped again, gulped, and then proceeded to careen through the curve at the bottom of the hill while sliding into the center of a mighty, solitary oak tree. Turns out trees are stronger than car frames. Also turns out that the human head is at least as strong as a windshield. As I had been in too much of a hurry to bother with a seat belt, I also was able to verify both of these truths.

A few hours later, after my wits had been restored to my addled brain and some stitches sewn into my scalp, my father heard the news that the favorite car had gone to the great scrap heap in the sky and wished to ask me a few questions. This signaled that an already horrid day was about to slide into something even worse. Then my dad asked these two things:

Did you do this on purpose? “No, sir."
Did you or anybody else get permanently hurt? “Just these stitches in my head.”

That was it. No guilt-inducing “What were you thinking?!?” No shaming “Do you know what it’s going to cost to replace that car?!?”

He was just looking to reassure me that it was all going to be okay.What a good dad.

I learned that day that the most powerful messages can come through what is purposefully omitted and left unsaid.

Mary of Nazareth knew this to be true. In the song of praise that she sang as recorded in Luke 1:46-55, there is a striking omission that hums with hope, life, and peace for all of us.

One of the themes of Mary’s song is the exaltation of the lowly. She sings in verses 52-53:

He has brought down rulers from their thrones – but has lifted up the humble.

He has filled the hungry with good things – but has sent the rich away empty.

The pattern is plain. As her Son Jesus would one day put it, “The first will be last and the last will be first.” But then Mary continues on by singing:

He has helped his servant Israel…

What would anyone with knowledge of the Hebrew Scriptures expect next? Well, if lowly Israel is receiving divine help, that must mean that powerful, pagan Gentiles are getting taken down a notch.* But that is not where Mary takes her song. Instead, the time-tested theme of Gentile vengeance is simply left out. Rulers are still humbled. Self-sufficient rich folk are still empty. But Mary recognizes early in her pregnancy that the One growing in her womb is bringing a new kingdom, a new creation, that is going to be high and wide and long and deep to include every sort of broken person. Now that’s quite a gift. How stunning that a girl from Nazareth managed to say all that by not saying anything at all!

One more reason to consider following the example of this fierce, first disciple of Jesus.

* There are numerous Old Testament examples where this is exactly the case. Exodus 15 contrasts “God who aided Israel” with “His right hand which shattered the enemy, the Gentiles.”

PreviousI Wanna Be Like Mary: The First Song of Christmas
Next Christmas Fusion