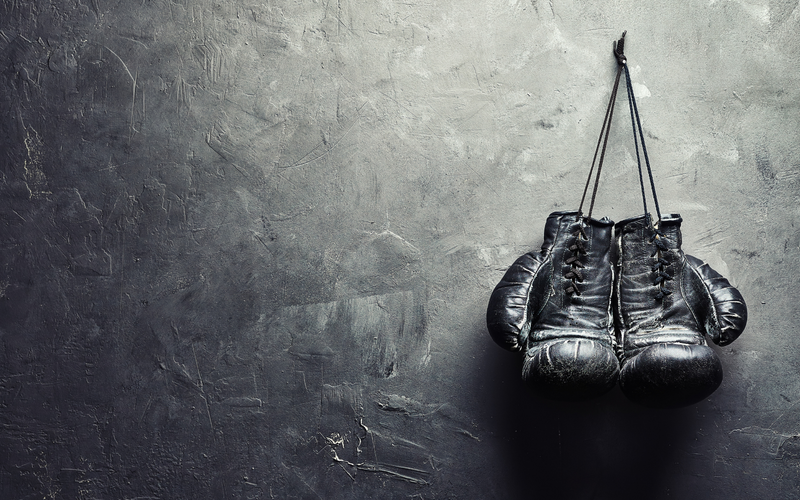 Holy Week is coming soon to a church near you! The forty-day journey of Lent is culminating in the next nine days—starting this weekend on Palm Sunday and ending just prior to the celebration of new life on Easter Sunday, April 17.

Holy Week is hugely significant in my walk with God. I regard it as the period of time when the battle for the soul of the world was decided. Jesus, the Son of God, fought to rescue and redeem the beloved children of God who were held ransom to the powers of darkness.

It almost sounds like a Hollywood film when it’s put that way. But it’s more dramatic, real, and truer than any storyline that’s ever lit up the silver screen.

I’m fascinated by the unconventional manner by which Jesus waged this war. It wasn’t with armies, chariots, and horses (or modern-day equivalents of missiles and fighter jets) that he chose to arm himself. Jesus took up the weapons of peace to fight his battles. Jesus geared up with selflessness, humility, service, and forgiveness. Is it any wonder that a guy trying to fight with those kind weapons ended up crucified by the competition?

From Jesus’s apparent defeat and bitter death, a deep truth from God is revealed: It’s through great suffering and great love that true transformation comes into being. Think of the moments in life when you’ve really changed your mind or amended your ways. I’m confident that there was either great pain that drove you to change or a great love that drew you into a new way of being, thinking, and feeling.

But when the Messiah, the Son of God, intermingled the greatest suffering and the greatest love simultaneously, it was more than enough not only to change him (spoiler alert, big changes coming on Easter) but to change the course of life for the rest of us as well.

I’ve been asking myself how I can learn to fight more like Jesus, and what it might mean for me to gear up with the weapons of selflessness, humility, service, and forgiveness. I had a powerful experience at a prayer retreat on Tuesday where dozens of people stood up and said these words, “Before God, with the people of God,

Folks then used just a sentence or two to fill in the blank and confess—not their deep, dark secrets or regrets—but rather the kind of person they are apart from God’s grace. I said the following… “I confess to the ways in which I routinely cheat beloved people out of my time and affection by idolizing even small improvements in performance or production.”

After making a confession, the gathering would then speak these words over the confessor:

“May God forgive you, Christ renew you, and Spirit enable you to grow in love. Amen.”

What an experience it is to hear words of forgiveness in community. What a weapon in the hands of a loving God to have an army of humble, truth-telling, forgiven people. The experiences of Holy Week are meant to equip us to be just that. May God give you the time and courage to walk with Jesus this week, every step of the way.

PreviousGolf and Resurrection
Next The Goodness of This Friday